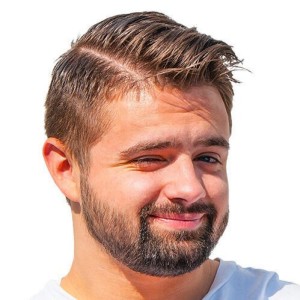 Best With Milk Review By Felix

Felix is our eCommerce intern at Gamerbulk, that for the next couple of weeks will review, highlight and pretty much say whatever he wants to say about a chosen topic or product. All in his words. Get to know him more through these weekly blog posts, as well as maybe catching a few laughs. Maybe you’ll even find an interest in some of the products he will talk about? – Gamerbulk

My name is Felix. I’m 24 years old, currently doing my internship at Gamerbulk as an aspiring E-Commerce Manager! I found my place at Gamerbulk by a mix of two things – my love for gaming, and my love for caffeine (which may or may be edging towards an addiction at this point). Two things that the whole idea of Gamerbulk was built around. So when it came down to picking an internship, my choice really wasn’t that hard. And now I get to have my own blog, made for my words and views. Pretty neat, if you ask me 😉

*Pretends to hear you*

Nice, hope that works out for you! Today is the day for the review I’ve been incredibly eager to do, which is; “what’s the best gaming supplement to drink with milk?”. I’ve never tried to drink this stuff with milk, so this is going to be a whole new experience for me, which might change the way I drink gaming supplements forever… Or not. We shall see.

Now, I couldn’t just pick one, cause that would be boring, both for me and you (mainly for me, hehe). That’s why we’re going to do a top 4 of the four different flavors – from 4 different brands, mind you – that I just had to try! Oh, and I’m going to base it off a rating from 1 to 10. LET’S BEGIN!

Considering this was the first gaming supplement I tried with milk, ever, I tried not to give too much love. It did take my “gamer supplement with milk” virginity after all 🥰. Why I tried it first is simple; IT’S SUPPOSED TO TASTE LIKE SWISS ROLL!! Why the h**l wouldn’t I want to try it first?! Oh, and I suppose because X-Gamer is a pretty underrated brand, as well.

I would say that the flavor, however, was simply “good”. Nothing more, nothing less. Maybe my unnecessarily huge hype towards it made it taste less than what I expected it to do, because I sort of expected more. Not to say that it tasted bad or anything, it was pretty good! I dunno, maybe I just expected it to taste like a protein shake, which usually is rich in flavor? My colleagues got to try some as well, and they loved it, so who knows at this point.

Anyways, I gave it an 8, so high enough! It would have gotten higher if the milk hadn’t foamed up so incredibly much. Maybe due to some chemical reaction? What? I don’t know, I’m not a scientist. Overall, a pretty good score!

This surprised me. Wow. For those of you that don’t know about NAU Snse, their drinks are all 100% caffeine-free. With that said, I sort of suspected that it would taste a bit different than the rest. But not that much! Believe me when I said that it tasted almost exactly like one of those flavored milk products, but with pineapple, or like a light pineapple smoothie. It foamed up like crazy though, so that’s one point taken away. My final verdict? 7 points!

Due to the fact that I’m a man born and raised in Sweden, I had no fu**ing clue what a “MoonPie” was. But after some research, I found that it is “An American confection, which consists of two round graham cookies, with marshmallow filling in the center, dipped in flavored coating”. From the design on the tub, we can safely say that the flavored coating for this flavor was chocolate. Neat. So why didn’t it taste like chocolate? It tasted mainly of marshmallows, at least for me!

Not saying that I necessarily disliked the taste, I love marshmallows, but c’mon. You should be able to feel some chocolate, too. That’s why I ended up giving it a pretty mediocre score. Keep in mind that taste is subjective though – please try it for yourself, it might taste different for you 🙂

Don’t. Just don’t. 4 points, which comes from me being nice. Just use water!

SUMMARY OF BEST WITH MILK

In conclusion, trying it with milk might be worth a try but usually it’s better to just sticking to what works, water.

That’s it for this week’s review! Stay well and be well, have a nice day!

NEED HELP OR HAVE ANY QUESTIONS?